The Bayfield Complex was built and operated for nearly 50 years on a viable basis with participation and contributions by community groups and individuals.

The project got underway in 1953. After a violent windstorm flattened the initial partially built structure, the tenacious Lions persisted. Charlie Scotchmer, on the original building committee, reflected, “Mother Nature didn’t discourage those Bayfield Lions. They promptly set to work salvaged what lumber they could and rebuilt it all, being careful [this time] to brace everything as they went…” Everything was done with volunteer labour.

The Community Centre addition was built in 1967, again using all volunteer labour. Ice making equipment was installed to lengthen the skating and hockey season. The arena was the centre of activity year-round and served the community for 25 years until it was condemned by government authorities and a new one erected on the same location in 1978-79. This new arena was financed by government grants, the Lions & Lioness Clubs and a house-to-house solicitation of village residents numbering less than 500 in 1979. The ownership and operation were taken over by the Village of Bayfield in 1979 (later incorporated into the newly amalgamated Municipality of Bluewater in 2000).

In the Summer of 2018 the Municipality of Bluewater announced that they would no long support the Winter Season Arena and in the Spring of 2020 after discussions between the community and the municipality, a new agreement was signed transferring the Operations and Marketing of the Community Centre back to the Community.  The Bayfield Facility Initiative Team (BFIT) will run the facility on behalf of the community. 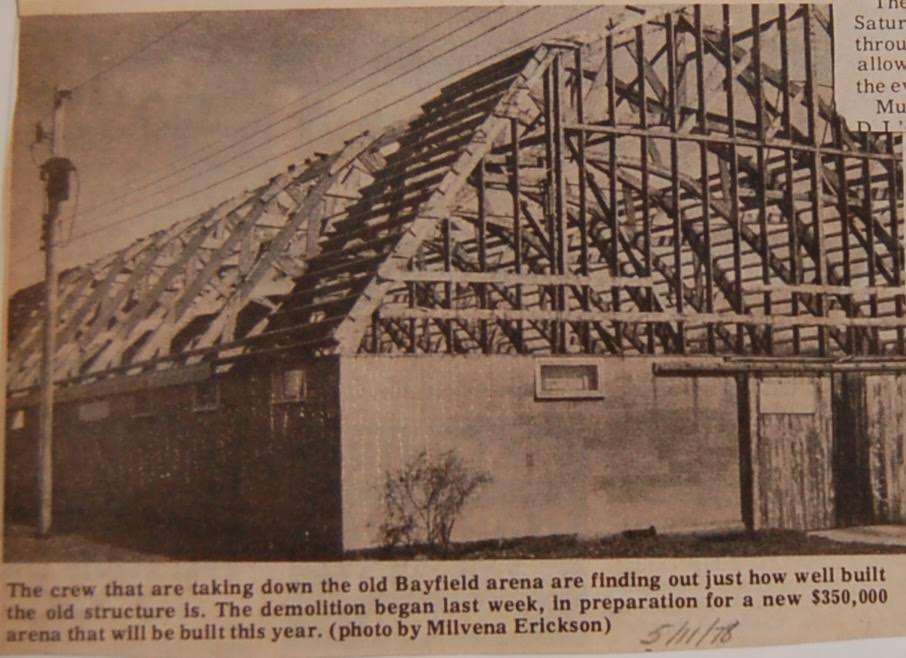 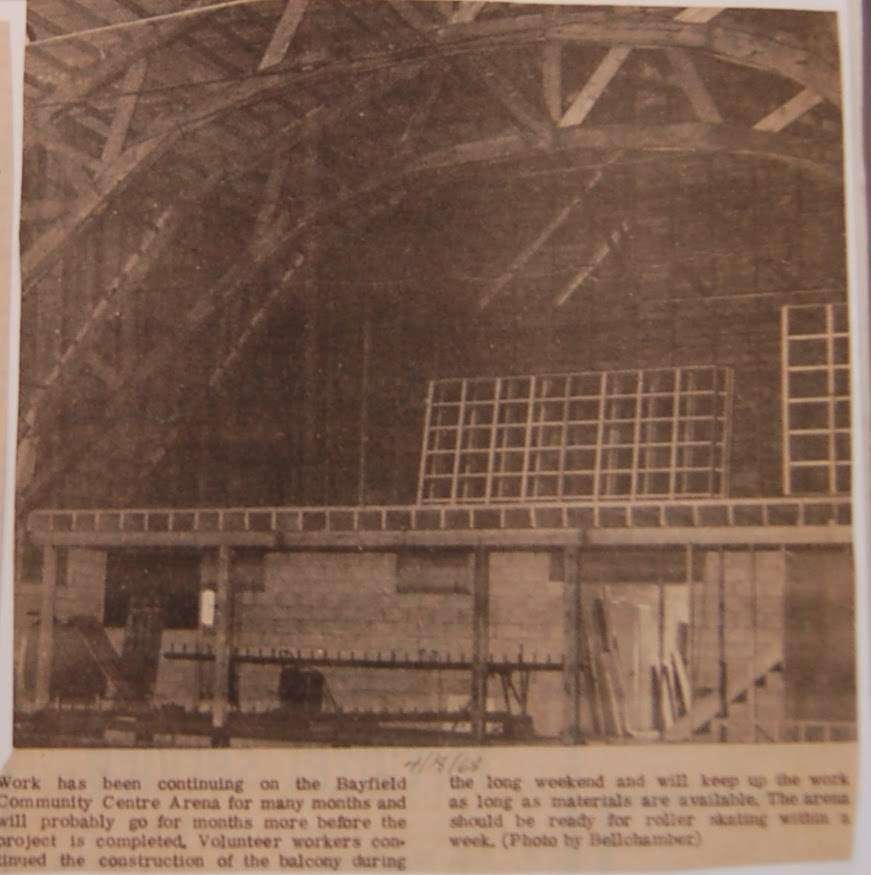